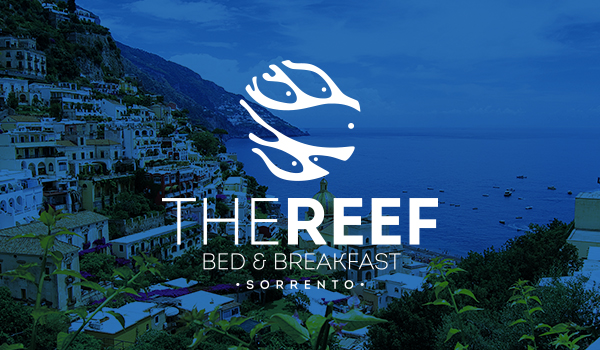 Located in the middle of Sorrento city, The Reef offers a new structure fully decorated in an artisan Vietri Style. A five minute walk is all it takes to find your way from The Reef to the train station of Sorrento, (Circumvesuviana) and all the other main attractions that the city offers. The Reef has four large rooms, three double and a triple, with private bathrooms and balconies. The Reef also offers a comfortable seating area with a terrace which is open to customers where you can enjoy a relaxing Italian breakfast. Our B&B also offers 24 hour free Wi-Fi service and air conditioning system to cool you down in the hot Sorrento afternoons, blow dryer, safe deposit, TV and heating are all included in our rooms. The Reef staff is more than happy to help you to organize your excursions to beautiful and historic places like Capri, Positano, Amalfi, Pompei and many other legendary locations. We will also gladly assist you in transfers to the Naples and Rome train stations or airports, We would prefer it if you book in advance. So we can guarantee the best possible stay. See you soon in our fantastic city of Sorrento! 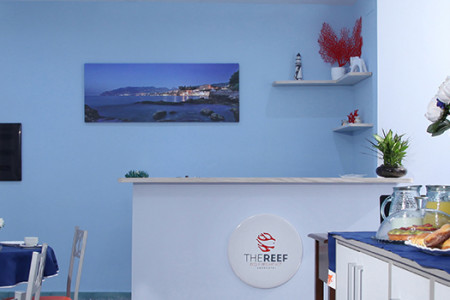 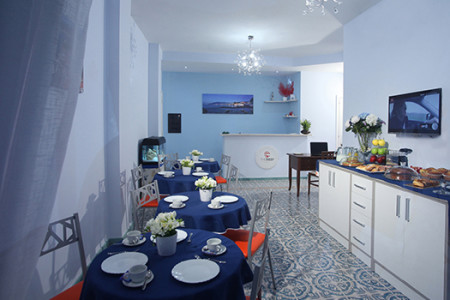 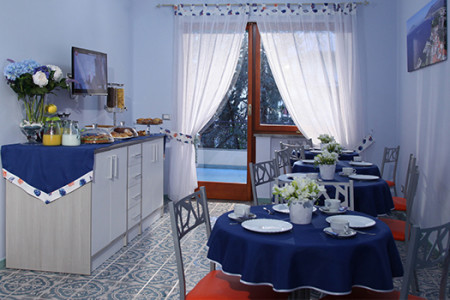 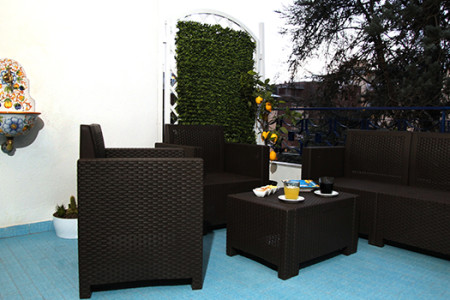 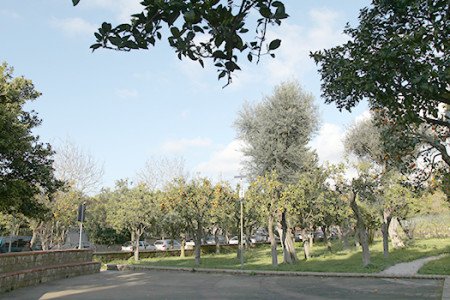 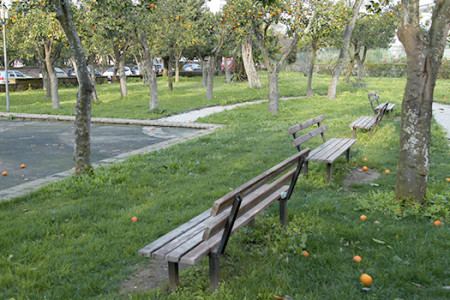 “A climate in which the breath smells of heaven gently and lovingly , a vigorous and luxuriant nature , a coast that was the fairytale land of poets and the hermitage favorite of great men”. 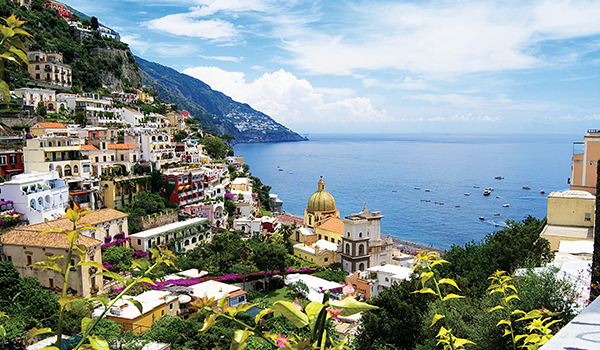 The Amalfi Drive (connecting Sorrento and Amalfi) is a narrow road that threads along the high cliffs above the Tyrrhenian Sea.
The name Sorrento has not clear origins. Maybe it comes from the Roman Surrentum or from the Greek verb Surreo. Legends indicate a close connection between Lipara and Surrentum, as though the latter had been a colony of the former; and even through the Imperial period Surrentum remained largely Greek. The oldest ruins are Oscan dating from about 600 BC.
According to the Roman historian Diodorus Siculus, Sorrento was founded by Liparus, son of Ausonus, who was the son of Ulysses and Circe.
In the pre-Roman age Sorrento was influenced by the Greek civilization: this can be seen in its plant and in the presence of the Athenaion, a great sanctuary, also, according to the legend, founded by Ulysses and originally devoted to the cult of the Sirens.
Sorrento became an archbishopric around 420 AD. After the fall of the Western Roman Empre, it was ruled by the Ostrogoths and then returned to the Eastern Empire. The Lombards, who conquered much of southern Italy in second half of the 6th century, sieged it in vain.
In the following centuries the authority of the far Byzatium empire faded, Sorrento became an autonomous duchy. It fought against the neighbour/rival Amalfiand the Saracens, and in 1133 it was conquered by the Normans. From this point, Sorrento’s history followed that of the newly created Kingdom of Sicily.
Sorrento entered into the Neapolitan Republic of 1799.
In the 19th century the economy of the city improved markedly, favoured by the development of agriculture, tourism and trade.
A route connecting Sorrento to Castellammare di Stabia was opened under the reign of Ferdinand II (1830-1859).
In 1861 Sorrento was officially annexed to the new Kingdom of Italy. In the following years it confirmed and increased its status of one of the most renowned tourist destinations of Italy, a trend which continued into the 20th Century. Famous people who visited it include Lord Byron, Keats, Goethe, Henrik Ibsen and Walter Scott.